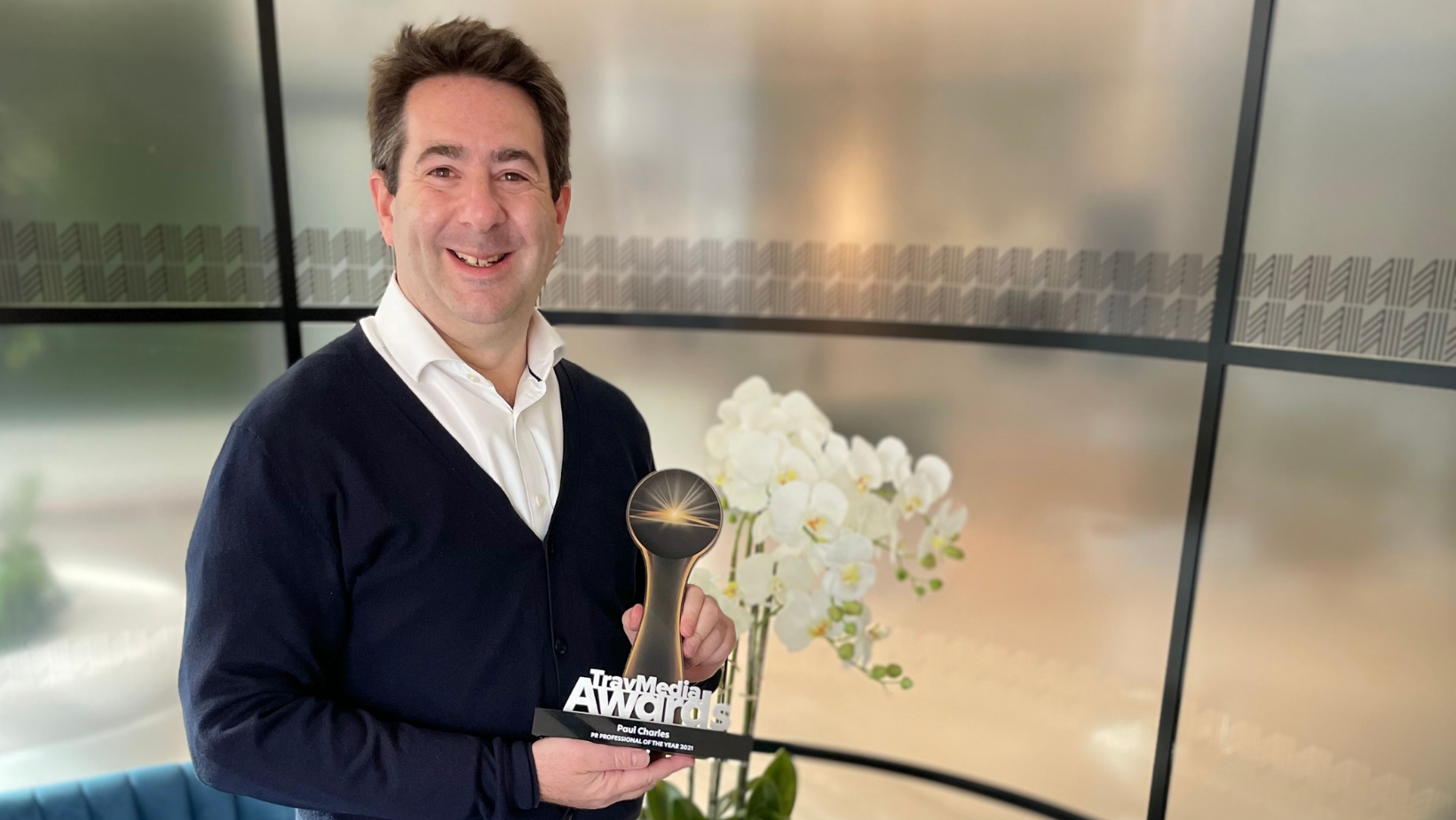 Paul Charles wins PR Professional of the Year at the TravMedia Awards!

Last night, The PC Agency team was delighted to see Founder and CEO Paul Charles take home the coveted PR Professional of the Year award at the TravMedia Awards 2022. An incredibly well-deserved accolade which aptly reflects Paul’s efforts to champion the travel industry during one of its toughest years.

After receiving nominations for two awards, including PR Campaign of the Year for our #QuashQuarantine campaign with Red Savannah, The PC Agency team were invited to a glittering bash at The Londoner hotel in Leicester Square, presented by Sue Perkins and attended by the travel industry’s top names. It was a wonderful event and the perfect way to celebrate such a richly deserved win.

Paul’s award will take pride of place among a clutch of trophies bestowed upon The PC Agency since its inception. It’s a second PR Professional of the Year Award for Paul, having been voted by his peers at the PR Week Awards in 2004 for his work rebuilding Eurostar’s reputation. This year alone, The PC Agency has been named by PR Week as the Most Influential Travel and Tourism Consultancy for the sixth year running, and there is much more to come in our future!

Thanks to all of our clients for choosing The PC Agency and we look forward to breaking new records in the years to come!