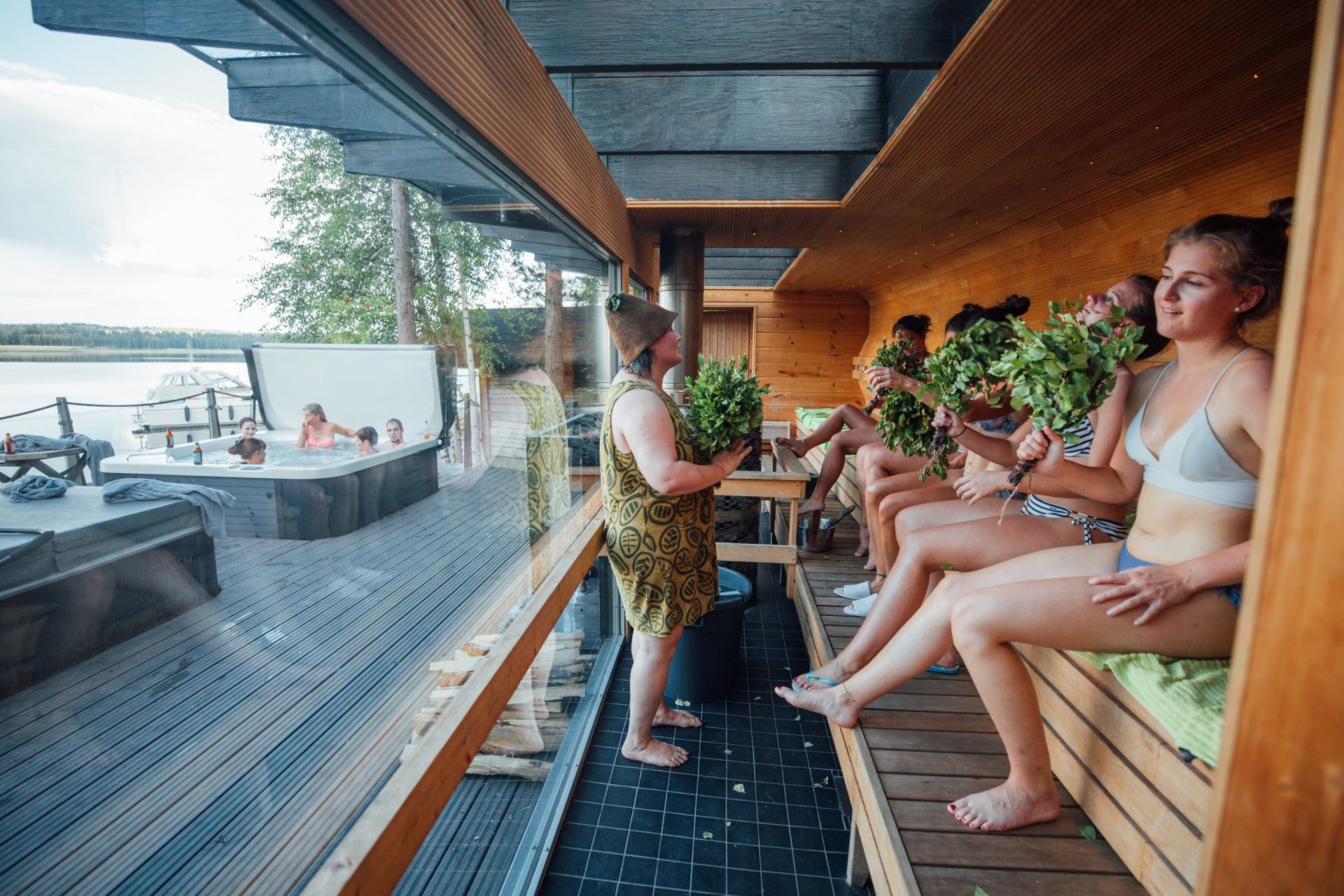 You can always bank on the Finns for PR campaigns that make you smile. The Finnish Ministry for Culture and Education is applying for Finnish sauna culture to be part of the UNESCO World Intangible Cultural Heritage list. To promote its bid, the Ministry is calling for all Finns to be in a sauna on Sauna Day on 27 July, and working with international influencers, including Lisa Snowdon, to garner universal attention.

Existing ‘intangibles’ proclaimed on the list include iconic national cultural treasures such as beer culture in Belgium and tango dancing in Argentina, along with the, ahem, more esoteric, including shrimp fishing on horseback in Oostduinkerke – an act we can only assume demands much skill and dexterity, so not to be sniffed at.

Lisa Snowdon is starring in one of the TV episodes, which follows her adventures around Finland, sampling the finest saunas from the sophisticated to the weirder, wilder and always wonderful.

Hosted by Finnish TV presenter, Tuija Pehkonen, Lisa visited Rajaportin Sauna – the oldest public Sauna in Finland, participated in the Sauna Heating World Championships in Laukaa (where teams compete to get the sauna to 80 degrees the fastest), and enjoyed Sauna in the Skywheel, and the Midnight sauna event at Allas Seapool.