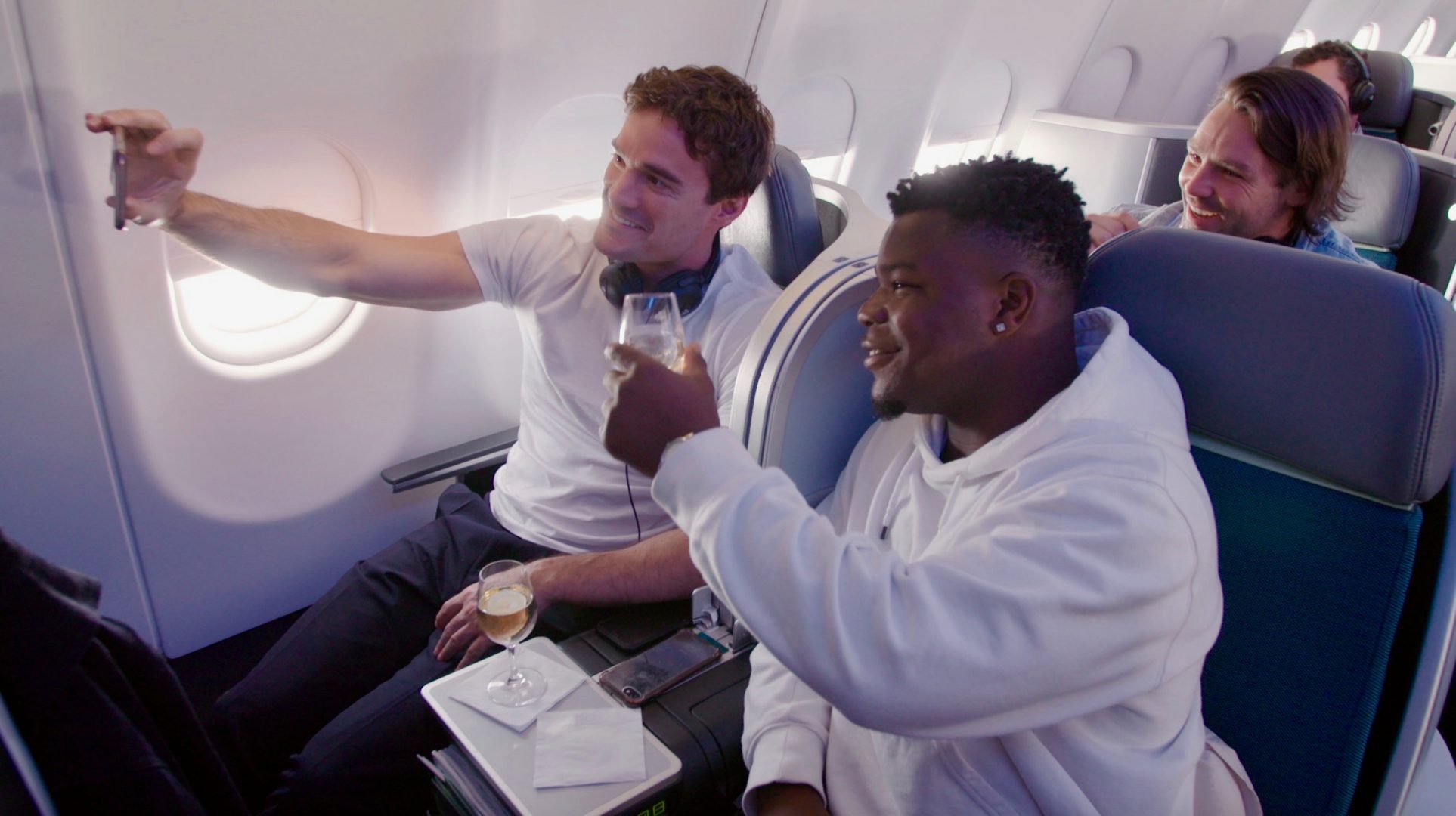 Aer Lingus has been revealed as an Airline Partner of The X Factor: Celebrity, with the Irish carrier playing a leading role in the glamorous opening episodes of the revamped celebrity version of the popular talent show.

In a radical and exciting departure from the singing contest’s tried and tested format, this year will see a host of celebrity contestants competing to dazzle the judges and win a major recording contract.

Ireland’s only four-star airline laid out the green carpet to fly three of the show’s celebrity acts to Hollywood in true X Factor style.

Travelling from London to Los Angeles, the celebrity singing hopefuls relaxed in Aer Lingus’ stylish Business Class cabins, before performing to try to secure a place in the live shows, which take place each weekend from Saturday 26 October until the show’s final live show on Saturday 30 November.

Dara McMahon, Aer Lingus Director of Marketing and Digital Experience, said: “Aer Lingus is proud to partner with The X Factor for a third year running in 2019. Aer Lingus now flies to 14 North American destinations and our focus is very much on connecting UK travellers to North America via our hub at Dublin Airport where they can benefit from US preclearance. Partnering with The X Factor enables us to reach a mass UK audience and communicate exactly what we do as an airline.

“Like The X Factor, Aer Lingus has enjoyed a refresh with an updated brand identity and aircraft livery to reaffirm our relevance to today’s ever-changing traveller. We were delighted to give celebrity contestants the Aer Lingus experience and are excited to see The X Factor return to our screens this autumn.”

Filming for the show took place at Heathrow’s Terminal 2 and included the contestants checking-in for their flights to Los Angeles, enjoying the exclusive Aer Lingus lounge and finally experiencing Aer Lingus’ onboard Business Class service where they crossed the Atlantic in style and luxury.

The Aer Lingus crew were on hand at every point in the journey to ensure the celebrities had everything they could need to relax in comfort and arrive fully refreshed in Los Angeles to perform in front of the judges.

Aer Lingus features in the first and second episodes of The X Factor: Celebrity which airs on Saturday 12 October at 8.35 pm and a week later on Saturday 19 October on ITV, during which the full line-up of celebrity contestants will be revealed. The show will also be re-shown on ITV1 and be available online on the ITV Hub.

Flying to North America with Aer Lingus, UK travellers can pre-clear US Immigration and Customs in Dublin before stepping onboard their transatlantic flight. This means they can arrive as domestic passengers on arrival Stateside, skipping lengthy queues for a swift and smooth welcome to the US.

Economy guests on long-haul routes can benefit from a generous 23kg baggage allowance, complimentary in-flight dining, a wide choice of drinks and 120-hours of the very best inflight entertainment plus Wi-Fi access.