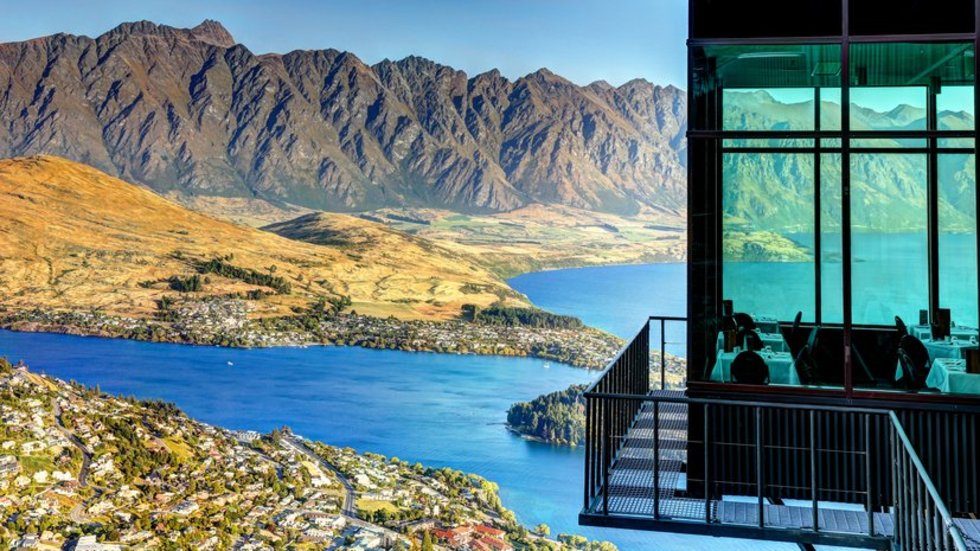 "Travel across for the world for… epic adventure, spectacular views and very, very good wine."

Here are some things you can do in 15 hours 37 minutes. Watch 22 episodes of Gilmore Girls. Experience the seven hour theatre version of Angels in America twice (plus travel time). Play over 15 netball matches. Travel 9032 miles on the longest flight in the world operated by Qatar Airways from Doha to Auckland. I went for the latter. It’s an undeniably long journey even if you’re lucky enough to be flying in the front of the plane like I was– I arrived in Auckland at 5am on a Sunday after leaving London on Friday afternoon (there’s a 13 hour time difference to wrap your head round too). But the good news is: it’s beyond worth it. This is a country to soothe your soul and inject the brightest shades of green and blue into tired grey big -city lungs. If it’s nature you want, it’s nature you’ll get. Epic, soaring nature that includes glacial fjords and lakes, mountains, 55 mile long beaches and forests. But also, crucially, excellent food, wine and coffee.

Combined New Zealand’s two islands – the North Island and South Island – are around the same size as the UK. With a population of around 4.6million inhabitants, that means a lot more space per person. The South island was the main focus of my trip – most people jammily visit the country for 28 days; we were there for less than half that, taking internal flights to deliver us round. Obviously The go for warmest temperatures are in January and February the coldest in July. Our first flight, hours after landing in Auckland, was down to Marlborough: wine county, with Sauvignon Blanc and Pinot Noir the main currency. We dived in at the deep end – it would be rude not to – heading straight to the very pleasing Cloudy Bay vineyard (cloudybay.co.nz) for tastings and plates of cold oysters. 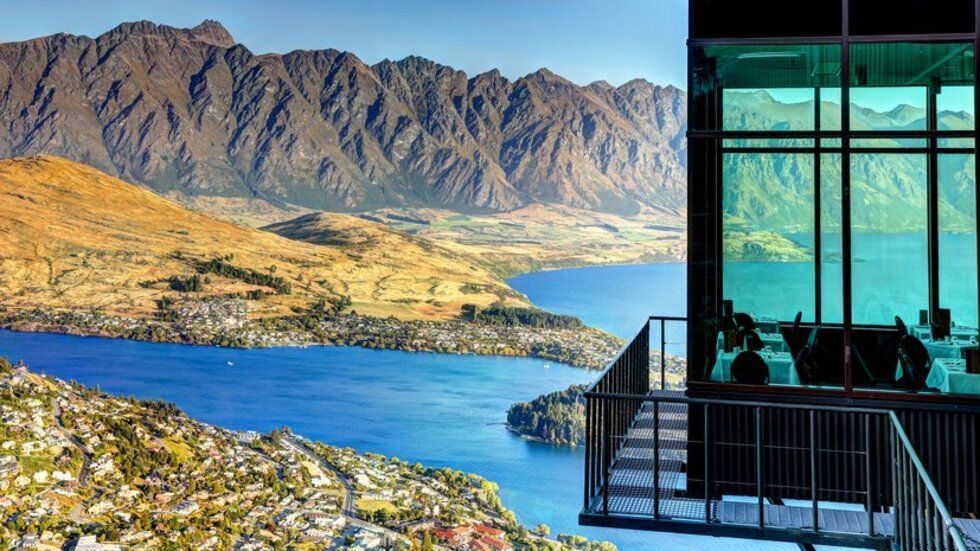 I’m not sure if it was the wine, the jet lag or the cloud of a bed but the sleep I had that night at the elegant and laid-back Marlborough Lodge –a former Victorian convent where I had stained glass windows in my bedroom – was the stuff of dreams. My stay also started a new love affair with NZ based Ashley and Co’s Aesop-like soaps and shampoos.

Next time for a change of pace as we headed to Lake Wanaka – stopping off in backpackers favourite Queenstown to ride the infamous gondola up 450metres to gaze out over the awesome Lake Wakatipu. It’s adrenaline-sport central here but I chose to go cycling and it turned out to be probably the best ride of my life (my daily cycle commute through Hackney a thankfully distant memory). Starting by the shores of the bright turquoise Lake Hāwe we wound our way along shores fringed by forests fringed by mountains, stopping for flat whites at Double Black Café (doubleblack.co.nz) – New Zealanders are adamant they invented them, and I’ll back them up. As we circled a portion of the perimeter of Lake Wanaka I stopped to burn the views onto my eyeballs, because an iPhone won’t do this justice. As we cycled my brilliant guide (wanakabiketours.co.nz) told me she like many in the area had moved here for a more mindful, outdoorsy way of living. Stopping to fill our water bottles up from a freshwater fountain I could certainly see the appeal. 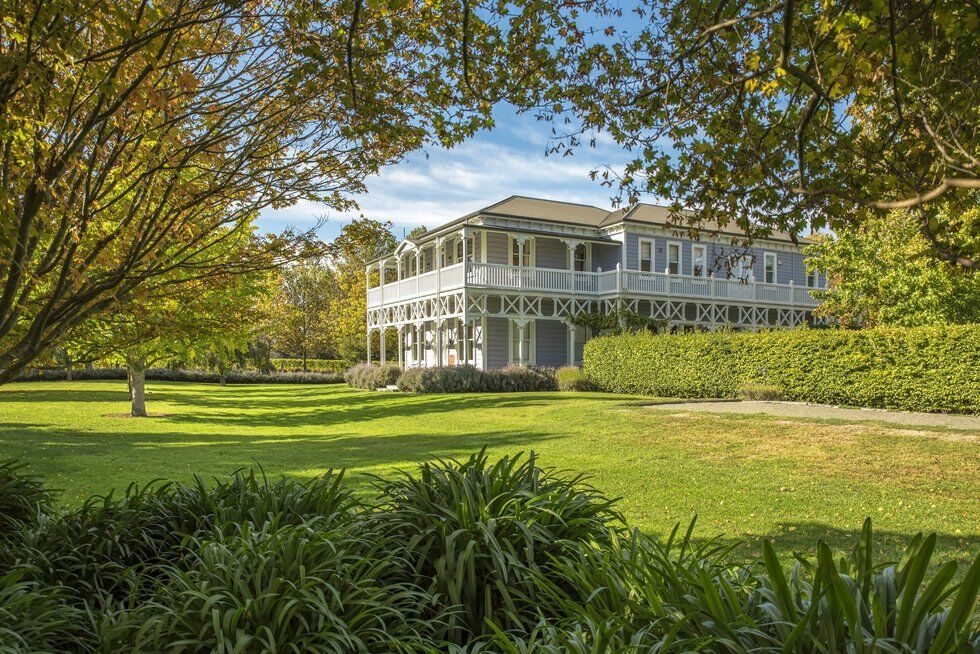 From Wanaka it’s a couple of hours drive to Mount Cook, the tallest mountain in New Zealand where Edmund Hillary trained to climb Everest. I didn’t follow his legacy up the peak, but I did gaze at the summit from my bed at The Hermitage Hotel and watched as it turned the perfect shade of Millennial Pink at sunset. I also got to see my first ever glacier as we took a boat trip around Lake Tasman and saw ice crystals up to 500 years old. My city-dwelling mind was bent even further, as we headed out into the darkest of dark night skies for star spotting seeing the Milky Way amongst thousands – millions – of others.

It’s not all views bigger than your eyes can absorb. New Zealand does cities too. Much of central Christchurch was levelled in the 2011 earthquake but it’s fighting back to repair its injuries. A local in Wanaka tells me it’s got a Berlin-like buzz, I can see what she means – there’s amazing street art, a shopping mall in shipping containers and a cafe in a former post office where your burger is delivered by the old tubular posting system (c1espresso.co.nz). I’m particularly excited by Kikano, set up by Maori Jade Tempera where social enterprise meets indigenous food and where we eat eel spines and freshly foraged seaweed (kakanocafe.co.nz).

Despite the capital being Wellington, Auckland – an hour and 20 minute flight from Christchurch – is the country’s biggest and buzziest city. Ponsonby Road is the neighbourhood you’ll want to hang out in, with more brunch spots than in the whole of Notting Hill (Little Bird is a vegan heaven (littlebirdorganics.co.nz) while Ponsonby Central is a former warehouse that now homes 30 casually brilliant eateries (ponsonbycentral.co.nz); representatives from New Zealand’s greatest designers including Karen Walker and the brilliantly named Deadly Ponies; and an excellent line in nightlife – although Golden Dawn is the most fun.

However it’s the water where most of the action happens; Auckland isn’t known as the city of sails for nothing. The best is the ferry to Waheiki a blissed-out bohemian island 45 minutes away, filled with ‘I want that one’ mansions and vineyards designed for losing afternoons in. I wasn’t quite done with the water so sea-kayaked round the coastline – stopping for a civilized morning tea and fresh raspberry muffins on an otherwise inaccessible cove – before making my way to Tantalus vineyard (tantalus.co.nz) to drink glasses of rose while gazing over tumbling vineyards and gardens of wildflowers. New Zealand, you may be far away, but that’s just part of your charm… 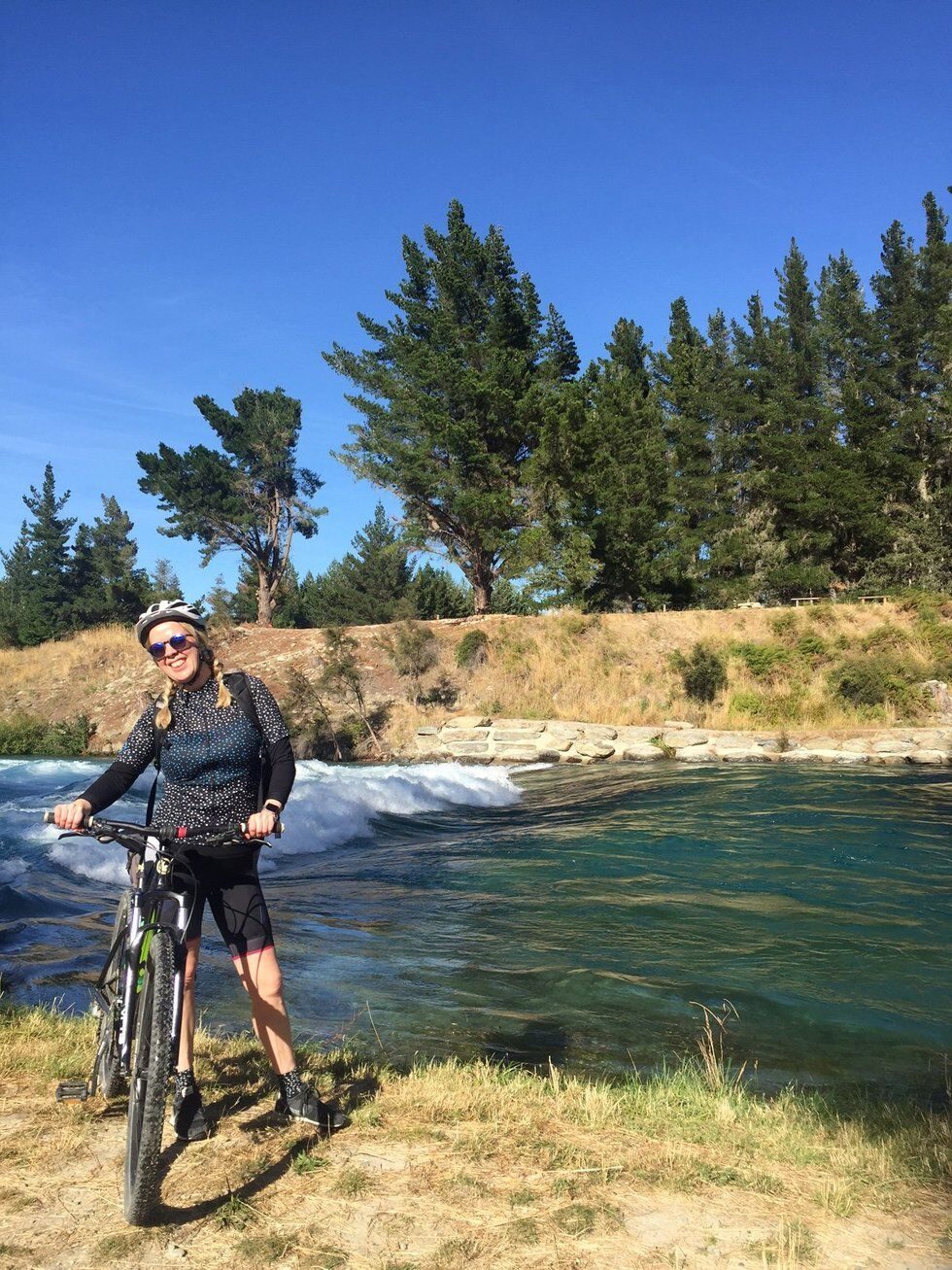